These now-discontinued Oreos contained little bits of Oreo inside their frosting. (Image via Pinterest.) 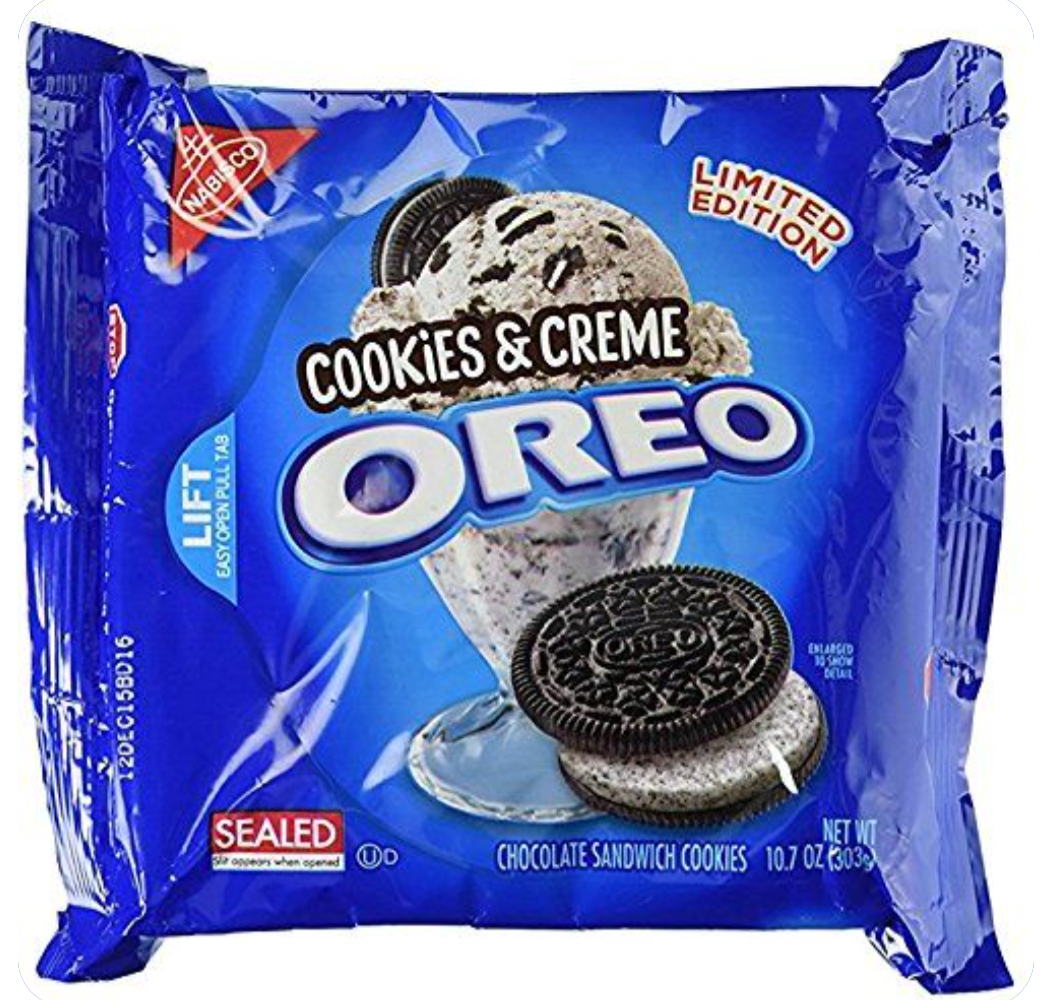 Wikipedia contains an extensive list of lists of lists. 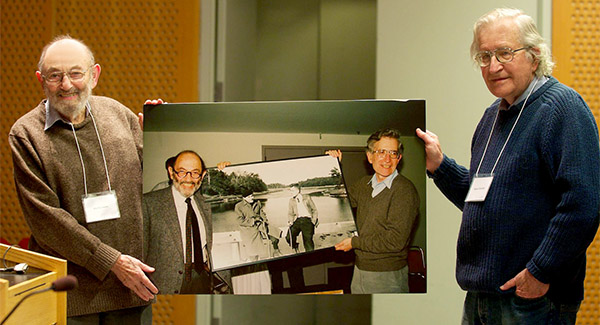 The following piece of dialogue appears in Community (Season 2, Episode 3) and gives a rare example of double center embedding.

There are many children's songs that can be repeated indefinitely—if not quite ad infinitum, definitely ad nauseam. Some well-known ones include the following:


The Song that Gets on Everybody's Nerves


The Song that Never Ends

In 2018, Macaulay Caulkin asked his Twitter followers to vote on what his middle name should be. The winning choice was Macaulay Caulkin, so he legally changed his name to Macaulay Macaulay Culkin Culkin. (Screenshot from Twitter.)

10. Quote within a quote

In "The Michael Scott Paper Company" (Season 5, Episode 21 of The Office, the whiteboard in the background features the quote-within-a-quote "'You miss 100% of the shots you don't take. — Wayne Gretzky' — Michael Scott." (Image from Yahoo Sports.) 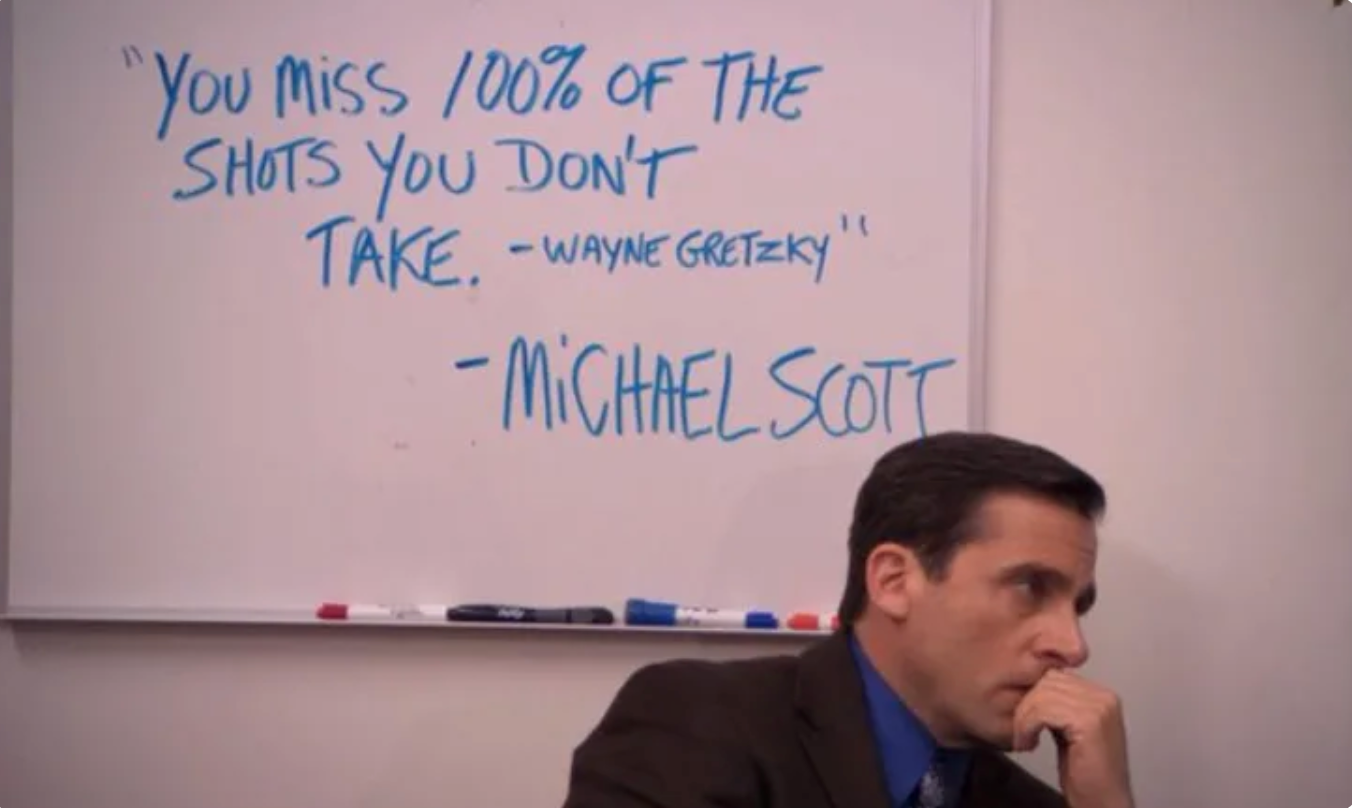 In 2022, the real-life Wayne Gretzky took the embedding one level deeper, holding up a sign saying "'You miss 100% of the shots you don't take. — Wayne Gretzky' — Michael Scott — Wayne Gretzky." (Image from Twitter.) 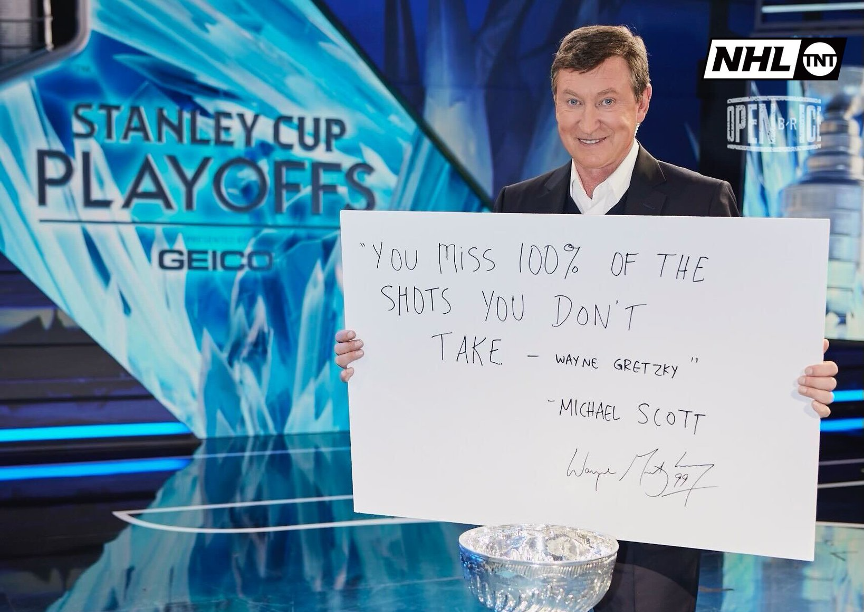