Bayesian Modeling of Vision: The Dress

This demo is best viewed on a desktop.

In 2015 the image below went viral. The reason it caught the attention of so many people was that some people saw the dress as black and blue, while others saw it as white and gold. To help you see the two possible interpretations of the image, use the slider below it to manipulate the lighting in the image to skew it toward one interpretation or the other. 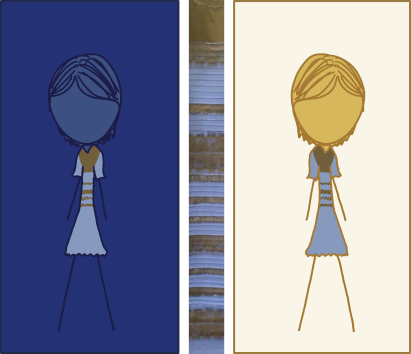